Comments Off on How does EDTA Chelation therapy work? (Part four)

Another article (Anderson, Hubacek, Wyse, and Knudtson, 2003) looked for evidence to see whether or not EDTA dilates arteries, which would support the theory of its increasing nitric oxide production in the endothelial cells.

This double-blind, randomized study investigated the impact of infusions of EDTA with vitamins and minerals versus placebo (vitamins and minerals only) on endothelium-dependent brachial artery flow-mediated vasodilation in subjects with coronary artery disease who were also being “optimally treated with proven therapies for atherosclerotic risk factors.”  The researchers found significant differences in flow-mediated vasodilation between the treatment and placebo groups.

Comments Off on How does EDTA Chelation therapy work? (Part three)

Other research has yielded some information about the possible mechanisms of EDTA in the body.  A study published in Free Radical Biology and Medicine (Hininger et al., 2005) investigated whether the large doses of vitamin C (an antioxidant) typically administered with EDTA therapy might actually have a prooxidant effect.

The researchers gave two different groups of subjects EDTA with and without 5 g vitamin C and found that indeed the biochemical measurements of free radicals were markedly increased soon after therapy in the vitamin C group compared to the group that did not receive vitamin C.  However, over the course of 16 treatments, the researchers found that despite the prooxidant activity directly following each treatment, the long-term effects were antioxidant.  They suggested that this therapy might be beneficial to patients with heart disease and diabetes because the long term effects involved protection against lipid peroxidation.

They also noted that “[t]he effects of multiple sessions of chelation therapy, without added vitamin C during the chelation session, may lead to even more beneficial effects and need to be determined.”  While this study is far from conclusive, it indicates that a component of the typical chelation treatment is likely beneficial, and it suggests fairly specific further study to continue learning about the potential antioxidant effects of EDTA. 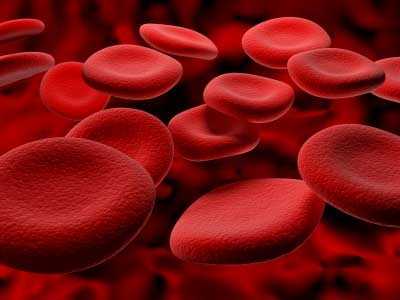 Other theories of how EDTA works have also been put forward. Since EDTA can bind to many different metals, it can trade one metal for another for which it has a higher affinity as it travels through the body.  This process theoretically has the potential to move trace elements from areas of high concentration (which, according to the cited research, can form in diseased tissue) to other areas where the elements can be of benefit in facilitating healthy enzymatic activity.

What is perhaps a more commonly understood function of EDTA, the binding and removal of heavy metals that can interfere with enzymatic processes (although in mainstream practice this treatment is only used for known or suspected cases of heavy metal poisoning.

Yet another explanation for cardiovascular improvements after treatment with EDTA is that the removal of heavy metals leads to increased production of nitric oxide in the endothelial cells, causing the arteries to relax and improving flow.

These explanations mostly center on the cardiovascular effects of ETDA, but its proponents think it is effective on a wide range of conditions.  One website explains how EDTA can achieve such broad improvements by saying that once the arteries are opened and the blood flow reestablished, other cells “downstream” will no longer be deprived of nutrients or the opportunity to eliminate waste.  The healing of these cells then ameliorates a number of diseases.

How does EDTA Chelation therapy work? (Part one)

Comments Off on How does EDTA Chelation therapy work? (Part one)

Many theories have been put forward for consideration [to explain how EDTA Chelation works.]  One of the more common explanations is that EDTA binds to the calcium in arterial plaques and removes it, thus breaking up the plaque.

Some people express concern over the binding of calcium, thinking that this process must also strip away calcium from the bones and teeth.  Proponents of the theory explain that the calcium is only removed from inappropriate locations such as the arteries.  Garry Gordon, M.D., D.O., adds that the binding of calcium is actually good for the bones.  Reduced serum calcium levels stimulate the parathyroid gland to secrete parathormone, which not only causes the restoration of appropriate calcium levels but also activates bone-strengthening osteoblasts, effectively reversing the course of osteoporosis.

Cranton, however, rejects the whole theory of removing calcium from plaques as outdated.  He favors explanations involving more recent research into the area of free radical pathology.  Cranton explains that free radicals can disrupt many other important molecules around them and have been implicated in the promotion of atherosclerosis, cancer, and the basic decline in human health with age.  He says that EDTA binds to and removes a particular form of iron that can catalyze the formation of free radicals.