Comments Off on How does EDTA Chelation therapy work? (Part three)

Other research has yielded some information about the possible mechanisms of EDTA in the body.  A study published in Free Radical Biology and Medicine (Hininger et al., 2005) investigated whether the large doses of vitamin C (an antioxidant) typically administered with EDTA therapy might actually have a prooxidant effect. 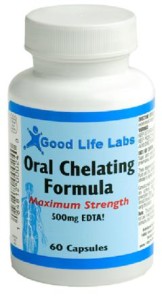 The researchers gave two different groups of subjects EDTA with and without 5 g vitamin C and found that indeed the biochemical measurements of free radicals were markedly increased soon after therapy in the vitamin C group compared to the group that did not receive vitamin C.  However, over the course of 16 treatments, the researchers found that despite the prooxidant activity directly following each treatment, the long-term effects were antioxidant.  They suggested that this therapy might be beneficial to patients with heart disease and diabetes because the long term effects involved protection against lipid peroxidation.

They also noted that “[t]he effects of multiple sessions of chelation therapy, without added vitamin C during the chelation session, may lead to even more beneficial effects and need to be determined.”  While this study is far from conclusive, it indicates that a component of the typical chelation treatment is likely beneficial, and it suggests fairly specific further study to continue learning about the potential antioxidant effects of EDTA.